Warning
This page describes an old version of KioFuse which does not compile on recent system (anything based on Qt5 or newer). It is kept for historical reference.

Usually, you would browse an FTP-server with firefox, but with KioFuse you can use Dolphin for that alternatively.

Another important advantage of KioFuse is that it allows you to arrange the hierarchy of all your remote, archived and compressed files in whichever way makes sense to you.

Real-world example: (Though in the actual real world no one would do this since clicking on a *.tar.gz file in Dolphin just enters the ZIPfile without further ado. If anything, kiofuse here slows down the user's workflow if he were to follow this guide.) 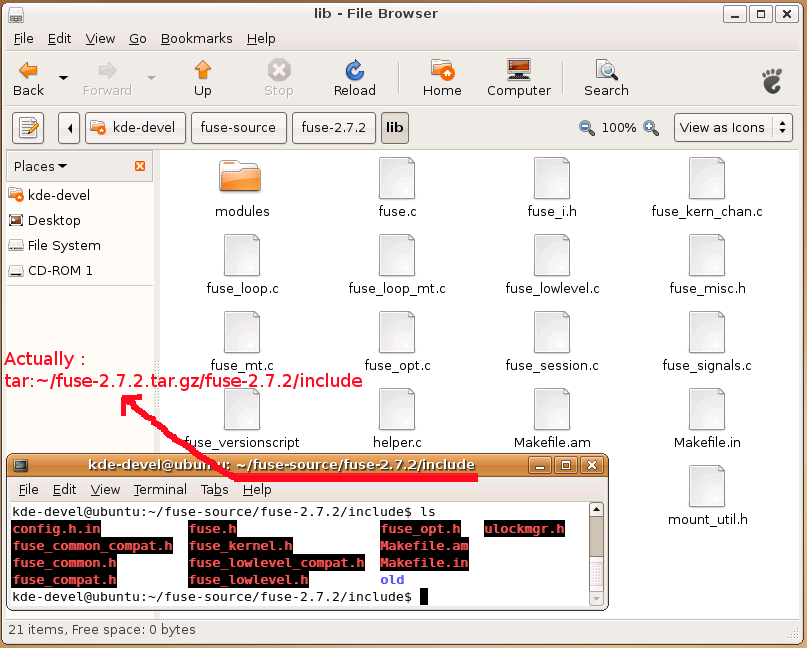 See the FUSE API for the list of all file I/O commands.


This page was last edited on 10 September 2019, at 15:32. Content is available under Creative Commons License SA 4.0 unless otherwise noted.