Difference between revisions of "User:DarioAndres/CreateUsefulReports"

Now it's time to crash your application. The KDE Crash Dialog should appear right after the crash.

This version of KDE includes a new version of the crash handler dialog In order to get a backtrace directly you need to click the "Developer Information" tab. (you can also use the "Report Bug" function to file a new bug report at the bugtracker site with an userfriendly interface) 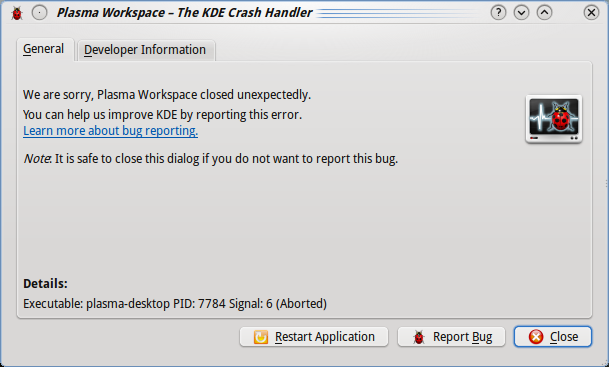 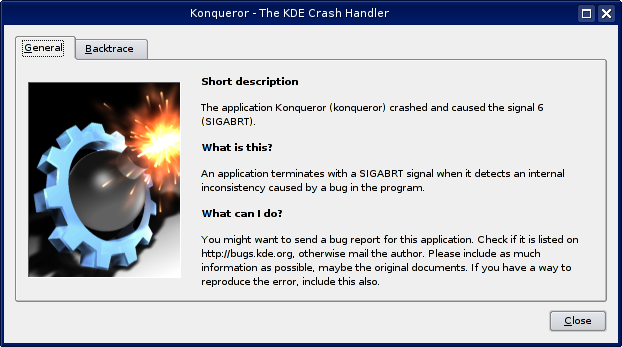 This process may take quite some memory, so things may go sluggish all of a sudden. But the result should look much better. For example:


This page was last edited on 25 July 2009, at 13:38. Content is available under Creative Commons License SA 4.0 unless otherwise noted.