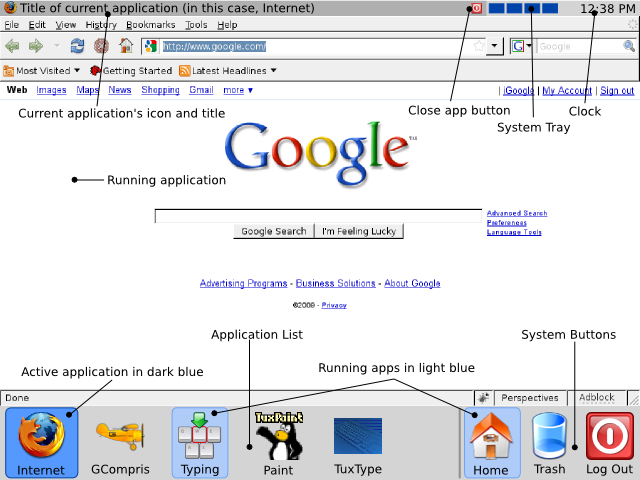 Microsoft Office works on Windows and Mac. This is a real issue for Linux, as a matter of fact some companies demand that this software suite should be taught in school. Even though many computer science teachers think that OpenOffice.org is suffient in itself. However, companies expect the people they recruit to have a good command of the Microsoft suite.

There a several software packages like iTalc. With these applications teachers are able to control a computer by remote control. For example the teacher can switch off the monitor or disable all input events like mousemovement or keystrokes. For Windows there are many alternatives to <a href="http://italc.sourceforge.net/">iTalc</a>, many are better but also very expensive.

Windows is very expensive. This is a real selling point for Linux. For a medium size school software licences can easily be over 50000 Euro. For example, in Carsten's school the upgrade of all Windows 2000 PCs to Windows XP would cost over 3000 Euro which is way beyond the budget of any school.

From a KDE perspective, especially a Plasma perspective, Windows is obviously not the best environment in general.


This page was last edited on 23 January 2009, at 09:36. Content is available under Creative Commons License SA 4.0 unless otherwise noted.