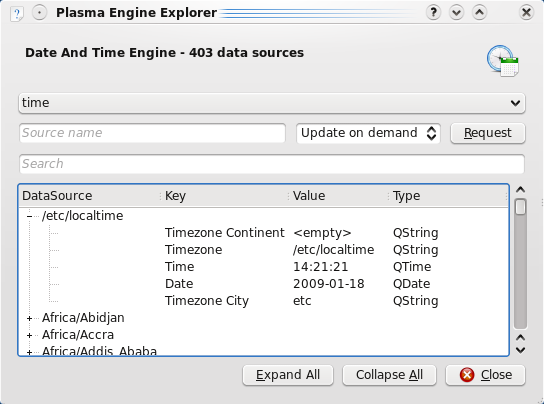 The dataUpdated() method takes the normal Python self parameter in first place, then the name of the data source (sourceName) which called dataUpdated(), and then the data itself. The big @pyqtSignature() line just before dataUpdated() is a Python decorator which marks this Python method as having const QString &, const Plasma::DataEngine::Data & as its C++ method signature. This is needed so that Qt and find the correct method on our applet when data is sent.